“Oh, this?” the lady questioned back, carefully tasting a small sip of the beverage. I had never come across someone tasting something with that kind of unshaken focus, as though her taste buds were challenging every nuance of the aromatic brew itself. “That’s our raspberry, ginger and orange shrub.”

And that, ladies and gentlemen, is the story of when Tarini met Shrub.

Out of the plethora of beverages that LFC has under its wings, one of the most fascinating ones (and my personal favorite) have got to be their shrubs. And listen, as a chef and brewer at LFC, I don’t get paid to say that…so you can take my word for it.

Allow me to take you back in time, to an era long gone but one whose essence we brew every now and then in small, handcrafted batches within the four walls of the LFC kitchen.

Contrary to popular belief, it was the Brits that first brewed shrubs (sorry to burst the American Dream bubble). Shrub, also commonly referred to as ‘drinking vinegar’, has its origins in 17th century England, where vinegar was used as an alternative to citrus juices in the preservation of berries and other fruits for the off-season. The basic idea was to preserve the fruit for eating later, at a time when the idea of modern-day refrigeration was long to be conceptualized. Vinegar being an exceptional preservative not just retained the flavors of the berries, but when this leftover product was mixed with water, became the first ever shrub. Popularized as a poor man’s drink initially, shrubs were first mentioned in 1747 in the Gentleman’s Magazine (London).

During colonial times, shrubs became popular in the United States, and it was only natural for them to survive there longer due to the onset of the Prohibition Era (the over decade long ban between the years 1920 and 1933 when as per the Eighteenth Amendment passed by the government of the United States, the sale, manufacture and transport of alcohol was illegalized).

People believed that the vinegar has a kick to it similar to that first shot of hard liquor and thus, shrub became a substitute for the banned alcohol during the 1920’s and early 30’s America.

And the rest? Well, that’s history.

However, if this short time travel of the taste buds perked your senses, then the stories of the legendary bartender, Mr. Jeremiah 'Jerry' Thomas, would be right up your alley. The Father of American Mixology, Jerry Thomas, was a pioneer in popularizing cocktails across the country through some of the most fascinating recipes and extravagant showmanship of the time. Having written the world's first bartender's guide, 'How to Mix Drinks, or The Bon Vivant's Companion', Thomas paved way for the American school of drinking for the next century (and more). A man clearly ahead of his time, he made his own bitters, infused cocktails with locally sourced medicinal herbs and roots, and mastered complex formulae for cocktails, all the while creating a spectacle for his customers at El Dorado gambling saloon in San Francisco.

Meanwhile, the shrub has experienced a bit of a renaissance in the past few years as mixologists across the world rediscover old bar manuals and techniques lost during the Prohibition Era. It’s an exciting time for bar enthusiasts like you and me. Bartenders and mixologists on a quest to incorporate the richness of fresh fruits into their drinks found their treasure in shrubs. There has never been a better time to bid adieu to artificially flavored, preservative ridden fruit syrups, and say hello to the all-natural cocktail mixer, aka the shrub. The acidity of the vinegar in shrubs provides tang, intensifying the flavor of the fruit in the same way that the acidity of lemons balances the sugar in lemonade. The depth and complexity provided by just a few ounces of a highly concentrated shrub is enough to take your average cocktail to a whole new level. And this paradigm shift in the use of natural cocktail mixers is here to stay as we see enthusiasm across the bar industry for handcrafted, uniquely flavorful and sometimes even long-forgotten syrups and bitters.

Personally, I’m just a fan of the fact that there’s so much room to play around with drinks when it comes to shrubs. Rum, whiskey, vodka, gin, beer…you name it, and you can mix shrub with it to create, what we at LFC like to call, the BEST GODDAMN drinks. Besides, you don’t even have to like alcohol to enjoy a good ol’ shrub. Top it off with soda or some ISH and you’re good to go.

Whatever you pair it with, we’ll be right here brewing, experimenting, tasting and bettering our shrubs for you.

P.S. You can find the link to some of LFC’s favorite cocktail and shandy recipes using our signature shrubs here. 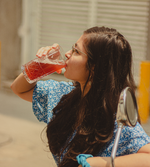 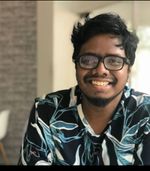